Birds of the World content is written by ornithologists all over the world and was amassed from four major volumes: Birds of North America, Handbook of Birds of the World, Neotropical Birds, and Bird Families of the World. Behind the scenes, an international team is responsible for growing and maintaining the platform. 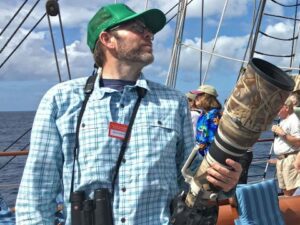 Brian came to the Cornell Lab in 2005 to put his lifelong passion for birds to work building eBird. After seeing eBird mature into a global bird monitoring database, he turned his attention to a new role: Digital Publications Lead for Information Science, where he now guides the Birds of the World project. Brian has conducted fieldwork on birds for more than 25 years, with a special interest in diurnal raptors and geographic variation. He has authored numerous papers for both popular and scientific literature and is a co-author of several bird identification books as well as a groundbreaking Raptor Id app for mobile devices. Brian also enjoys bird photography, sound recording, and videography. When not thinking about birds, Brian is busy trying to convince his daughter that they are cool! Brian is currently based in Monterey, California.

Our global editorial team, which will grow over time, is responsible for collating and reviewing author and media contributions and preparing them for publication. 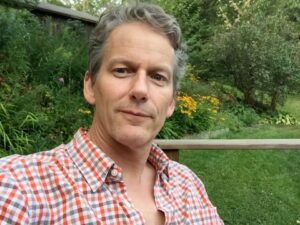 Paul’s research has emphasized stopover ecology, habitat selection, biogeography, and factors that influence abundance and distributional change in birds. He has conducted avian research in Belize, Venezuela, Colombia, Ecuador, and spent two years doing forest bird surveys in Cameroon. Before the Lab of Ornithology, he was an associate professor of wildlife ecology at Ohio State University (2001–2013), where among various projects he was director/lead author on the Second Atlas of Breeding Birds in Ohio. He has worked as Science Editor of Birds of North America since 2015 and is excited about the transition to Birds of the World and the opportunity to continue to share his expertise and passion for birds and digital natural history. 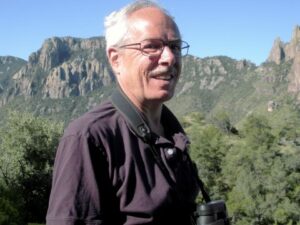 As a lifelong birder who’s conducted field research on three continents, Tom has made great contributions to the understanding of avian evolution and taxonomy. Tom’s extensive field expertise in South America led him to co-author of Birds of Peru by Princeton Field Guides which, as he puts it, “only skimmed the surface of what we learned about South American birds.” Soon after, Tom became the founding editor of Neotropical Birds, which allowed a much broader discussion of the ecology and biology of this fascinating subset of birds. Tom now helps edit comprehensive species accounts of the biology for every species, worldwide. He also manages the taxonomy and nomenclature for all Lab projects, including Birds of the World and eBird. 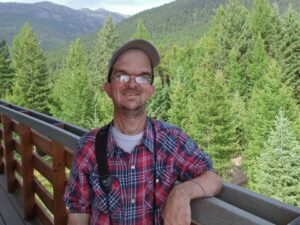 Shawn has expertise in systematics, taxonomy, and evolutionary biology. As co-author of Bird Families of the World, he has particular interest in higher level taxonomy and speciation. As part of his dissertation research at the University of Wyoming and postdoctoral research at the Lab of Ornithology, Shawn studied hybridization in sapsuckers, towhees, and orioles using genetic data, climate data, and behavior data to understand differences that can lead to the evolution of species. Shawn has been an avid birder since he was 8 years old and is excited to bring his knowledge, experience, and passion for birds and bird diversity to a new audience with Birds of the World project. 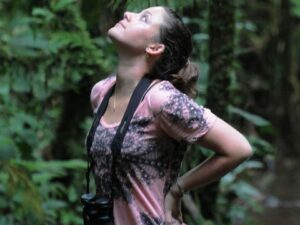 Brooke grew up in the California Bay Area and spent her college years as a Curatorial Assistant in the Ornithology and Mammalogy collections of the Museum of Vertebrate Zoology at UC Berkeley. Following college, she worked as a field biologist in Hawaii and California’s Channel Islands before getting a Ph.D. in Ecology, Evolution, and Organismal Biology from University of California Riverside. She has worked within the larger umbrella of digital publishing since 2009. As Managing Editor, Brooke combines her background in educational resource design with her passion to make digital natural history engaging, authoritative, and accessible. 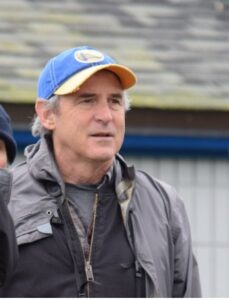 Peter grew up primarily in Hawaii and has worked as an ornithologist and marine biologist. In the late 1970s and early 1980s he partook in the Hawaii, Micronesia, and Samoa Forest Bird Surveys, during the 1980s-2000s he did research on birds and white sharks at the Farallon Islands off San Francisco, and he currently is a staff biologist at The Institute for Bird Populations in Point Reyes Station, California, where he specializes in bird molts and plumages. Peter is a Research Associate at the B.P. Bishop Museum, Honolulu, and the California Academy of Sciences, San Francisco. He has authored or co-authored over 200 scientific papers and four books, including Identification Guide to North America Birds, Parts 1 and 2, widely used by bird banders, museum researchers, field biologists, and birders. Peter’s main focus for Birds of the World is the Appearance Section of each account. 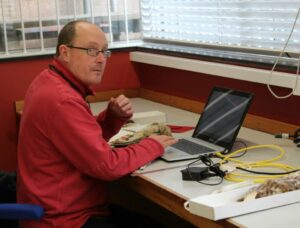 Guy was born in northwest England and has been a birdwatcher for more than 40 years. Despite an honors degree in History and English literature, he has never worked in any other field but ornithology. Primarily an editor of monographs, field guides and other bird books, he worked on two volumes of The Handbook of the Birds of the World, between 2012 and 2019 he updated or wrote more than 3,300 accounts for HBW Alive, and in 2011 he was also heavily involved with producing some of the first texts for Neotropical Birds Online, all of them precursors to Birds of the World. He has conducted ornithological field research in Turkey, Yemen and Socotra, Brazil, and Cuba, and has published widely in the technical literature on birds. Following ten years living part-time in Brazil, he is again living in Norwich, in eastern England, although he maintains professional associations with the Field Museum of Natural History, in Chicago, and the Museu Nacional, in Rio de Janeiro. 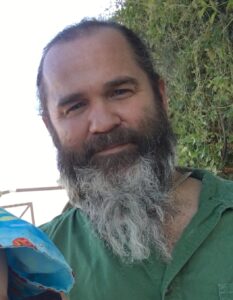 Born an entomologist and trained as an ornithologist, Harold aspires to be an ever-curious student of natural history. In 1999 he sold everything except for his butterfly net and binoculars and moved to Ecuador to develop the Yanayacu Biological Station & Center for Creative Studies, at 2000 m on the east slope of the Andes. During the 15 years he lived there he spent his time exploring, dreaming, and learning, sharing his knowledge of the area through more than 250 research papers on the natural history of birds and butterflies. After moving to Arizona to start a family, with the help of a Guggenheim Fellowship, he recently finished a book treating the antpittas and gnateaters, his two favorite groups of birds. He now lives in Arizona with his wife and three children. 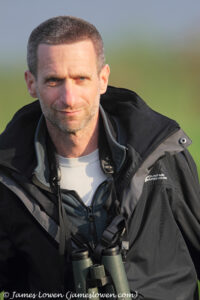 A lifelong birder, Yoav grew up in Israel and has traveled the world extensively. He has been involved in bird conservation, research and monitoring since early career stages and has a PhD in conservation ecology. Yoav is science director for BirdLife Israel. Yoav is involved in the taxonomic committee of the Ornithological Society of the Middle East and Central Asia (OSME), and co-authored the recent publication ‘Pocket Checklist of the Birds of OSME Region’. Yoav is also leader of eBird Israel, and eBird reviewer for Israel and neighboring territories. 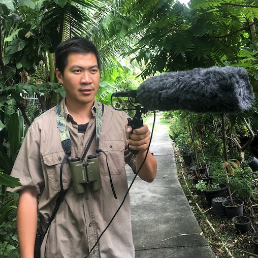 “Jay” has been a wildlife enthusiast since a very young age in a rural town in Central Thailand. He is now based in Samut Prakan, a neighboring province of Bangkok. His MSc thesis focused on the ecology of avian mixed-species foraging flocks. As a member of the Thai Bird Records Committee, he is partially responsible for compiling sightings for the bulletin of the Bird Conservation Society of Thailand. He has been involved with various research projects on birds and leads birding tours throughout Thailand. Some of the recent books he co-authored include field guides Birds of Thailand and A Naturalist’s Guide to the Birds of Thailand, published by Lynx Edicions and John Beaufoy Publishing, respectively. He is also a reviewer for eBird in Thailand.

Associate Editor (from Brazil, based in UK) 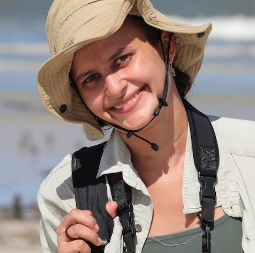 Nárgila grew up in the Brazilian Cerrado. She first started studying birds as an undergrad student, before dabbling in agroecology as an MSc student and then started a PhD at the Goeldi Museum in Amazonia, studying the impacts of land use change on rainforest birds. After finishing her PhD, a subsequent post-doctoral fellowship in Brazil, and publishing numerous academic papers, she moved to Ithaca in the USA to join the Cornell Lab of Ornithology as an archivist for the Macaulay Library. Now living in the UK she has led the writing for the Cornell Lab’s Merlin App in Brazil and Europe and has edited species accounts for the Lynx Edicions field guides for Colombia, West Indies and Cambodia.

Project Assistant (from US, based in Scotland) 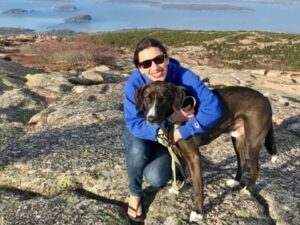 Rachel began working for Birds of North America (BNA) in 2011, and has enjoyed watching BNA evolve over the years. Her past professional affiliations include The Field Museum of Natural History, Cornell University Press, Peace Corps, and various nonprofit organizations in Maine and New York. Rachel was first introduced to ornithology by her grandfather, who was a devoted birdwatcher on their family farm in upstate New York. She currently resides in Scotland, where she is pursuing a MBA at the University of Edinburgh. 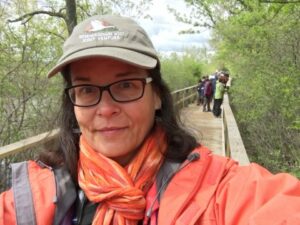 Laura started her career in aquatic ecology but soon found a passion for birds. After working as the Project Feederwatch lead she moved away and continued as a freelancer providing communications, digital marketing, and WordPress services for a wide variety of environmental nonprofits and travel companies. In 2008, she fell into a great side gig as a birding travel writer and has had the pleasure of watching birds in 13 countries. Laura created and managed Nature Travel Network, a multiauthor blog with a compendium of resources for top birding travel sites, and in this way got to build relationships with birders near and far. Laura also writes popular literature, such as book reviews and travel stories. She’s thrilled to be at the Cornell Lab once more, connecting birders with exciting bird content. 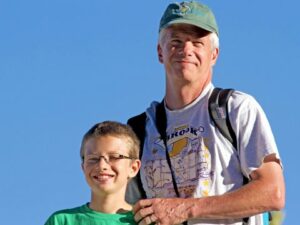 Jeff joined the lab as a software engineer and GIS developer in 2001 following a career in industry.  He grew up as an outdoorsman and conservationist and started serious birding at the age of nine. He has worked as an eBird developer since its inception and is now the lead software architect responsible for a number of the Lab’s projects. He developed the custom content management system used for Birds of North America and Neotropical Birds using his experience and interest in taxonomy and life histories and has lead the software development team that is producing the Birds of the World platform. He worked closely with Lynx to ensure a smooth and accurate migration of the life history content from HBW Alive into Birds of the World and will be in charge of developing new features as the project expands. 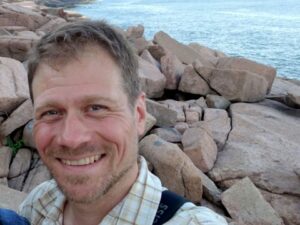 Mike has more than two decades of software experience and enjoys applying technology to provide useful services to aid researchers, policy makers and birders. At the Lab, Mike designs software and computer infrastructure used to manage content related to the life histories of birds. His past work includes applications in public transit, computer security, and digital audio. 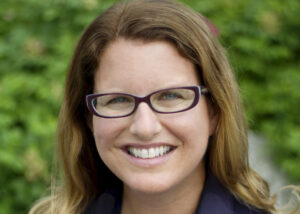 Heather has more than a decade of experience developing software applications, but it wasn’t until she started working at Cornell Lab that she was able to combine her love of birds with her technical skills. Heather started birding on Florida’s Gulf Coast after being intrigued by the aggressive behavior of Least Terns during nesting season. She currently enjoys documenting and photographing birds around her New York City patch, Brooklyn Bridge Park. 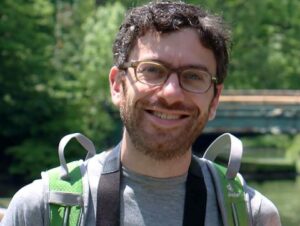 Matt has a strong interest in content architecture and inclusive design, and has a special concentration in integrating media from the Macaulay Library across many Cornell Lab of Ornithology projects. He has a passion for bird behavior and science. His past work includes designing and creating interactive multimedia experiences with renowned artists. 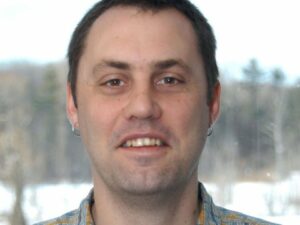 With special appreciation to Josep del Hoyo and the team at Lynx Edicions, original owners of HBW Alive, who partnered with us during this transition; and to the American Ornithological Society, partners in the original Birds of North America series.