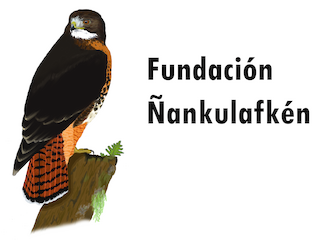 Wing beats are slower than those of other species in the genus Spizaetus. Flight is distinguished by U-shaped (dihedral) positioning of the wings, with the wing tips exaggeratedly guided upwards while soaring, less so while gliding. During courtship or aggressive territorial encounters, the eagles can perform acrobatic maneuvers at high speed, flying up and down in a coordinated fashion and occasionally interlocking talons and holding on to each other as they fall towards the ground (TRF, JMG, SK, FHV, SZC, unpublished data).

Preens mainly in early morning and afternoon, but also when perched at other times. The eagle preens in a typical manner, similar to other birds, using the uropygial gland to waterproof the plumage. To perform this maneuver, it brings its bill towards the gland while lifting and opening its tail a little, to coat the bill in oil and then spread it throughout its plumage. It uses its claws to scratch its head, neck, and throat. It stretches like other birds, with a leg or wing extended downward and dorsolaterally, one at a time. Bathing has not been observed, but is assumed to be similar to other raptors (TRF, JMG, SK, FHV, SZC, unpublished data).

Roosts on dry or leafy branches, utility poles, trees, sometimes on the ground or on rocks, usually singly, but sometimes in pairs, especially near the nest. Sleeps in a typical bird sleeping position, usually standing on one leg with head tucked back between tertials (TRF, JMG, SK, FHV, SZC, unpublished data).

Little studied. Slow gliding over the crest of elevated mountains probably allows eagles to mark their territory and prevent intruders from entering it. However, when an intruder does enter a territory, both birds fly high and display their claws, chase each other, and perform acrobatic flights with steep dives, similar to courtship flights and with the aim of showing occupation of the territory. Adults also expel their own young of the previous season or other juveniles from their territory through grazing attacks and even claw hooking (TRF, unpublished data). As in other birds of prey, adults usually show greater aggression towards individuals of the same sex (TRF, unpublished data).

Monogamous. As the breeding period extend for about a year, pair bonds usually are maintained throughout the year. During the entire breeding period, the adult pair communicates by vocalizing around the nest site. During courtship, both members of the pair soar over the nesting area with their legs hanging downwards. The male follows the female from above, trying to catch her in the middle of the air, while the female turns around, holding her claws upwards, facing those of the male. Sometimes this results in aerial cartwheeling (27 Valdez, U., and S. Osborn (2004). Observations on the ecology of the black-and-chestnut eagle (Oroaetus isidori) in a montane forest of southeastern Peru. Ornitología Neotropical 15:31-40. , TRF, unpublished data). After a few flights, the female swoops down to the top of a large tree (sometimes the nest tree), followed by the male. They immediately copulate, perched on a large horizontal branch or directly on the nest, and frequently then begin to carry branches to the nest (TRF, unpublished data).

No predators are known for this eagle. Terrestrial predators such as canids, felids, or mustelids could presumably prey on fallen chicks or injured/diseased adults on the ground, but this has not been documented. A tayra (Eira barbara) was recorded exploring a nest of the species outside the breeding season in Argentina (JMG, unpublished data), so this large carnivore could pose a threat to young and adult eagles at the nest.